A “beginning of winter” photo freight for TRAINS magazine from Brandon to Hartford, Wisconsin:

Santa greeted children from the window of his Milwaukee Road bay-window caboose:

Santa made his annual visit to hear children’s Christmas wishes with the best crew ever!

In familiar territory, 1003 made an appearance at the village’s 150th anniversary celebration. Note the 7-foot cake on the flat car!

On November 23, Soo Line 1003 and its crew brought Santa to Plymouth with close to 1,000 young and old touring Santa’s decorated caboose. For a special appearance 1003 was later a backdrop for the city’s more than popular and exciting evening parade. The locomotive and consist also moved to Elkhart Lake and delivered Christmas trees by flatcar to purchasers at the community’s downtown holiday festivities.

Locomotive 1003 trekked into Chicago and then returned back to Hartford with a small freight over the period Aug. 9- Aug. 14. The first appearance on Saturday, August 12 was in conjunction with a highly attended Metra Family Days at Metra’s Western Ave. shops/ yard.

The second appearance was at the Galewood (Chicago) station for a public exhibition which supported the Shriners Hospital for Children-Chicago. 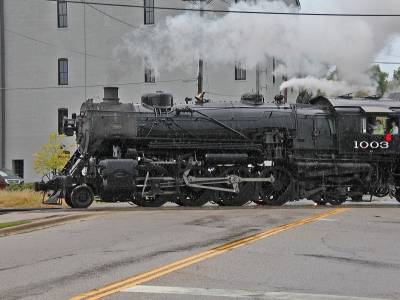 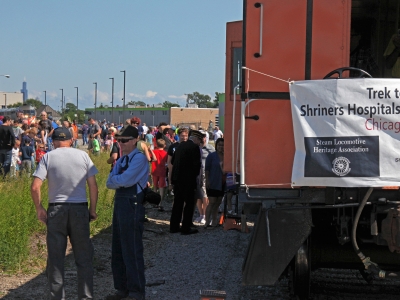 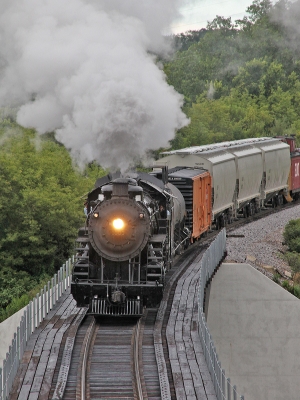 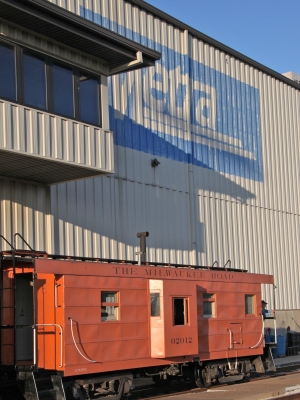 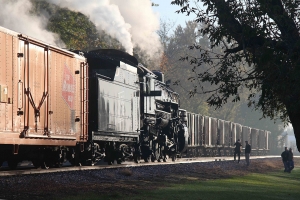 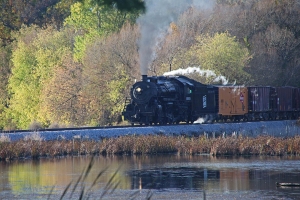 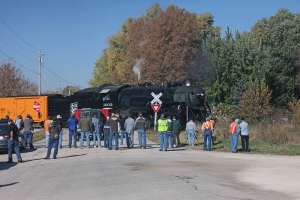 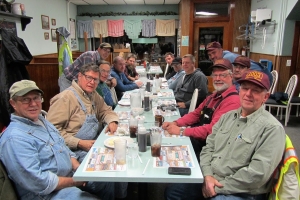 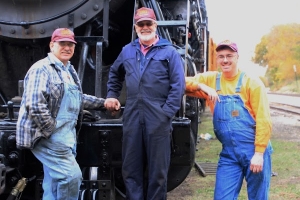 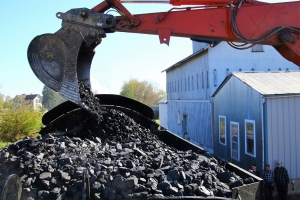 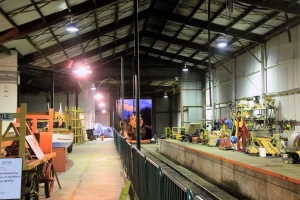 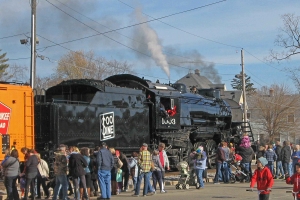 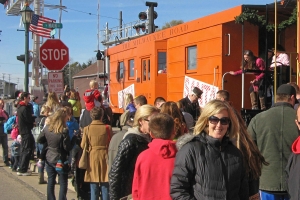 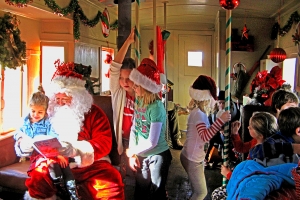 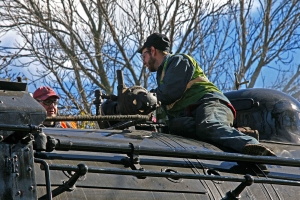 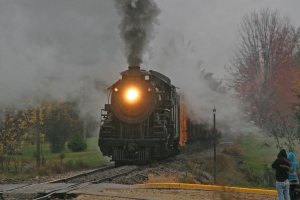 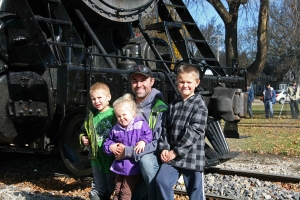 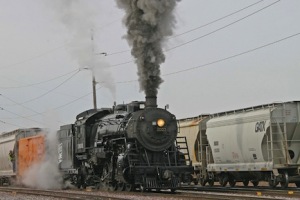 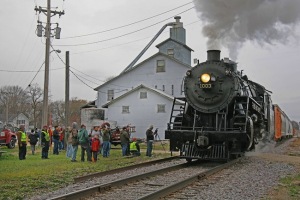 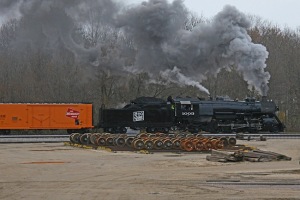 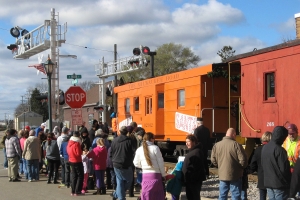 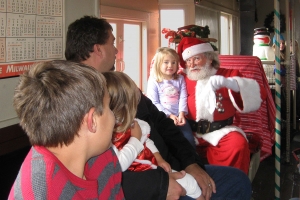 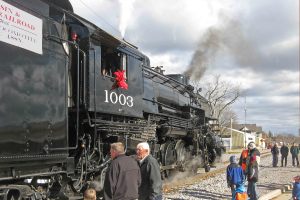 On Saturday, November 3, 2012, the Steam Locomotive Heritage Association ran a “Whistle Stop Santa Appearance” train from Milton to Middleton, Wisconsin, with stops in Edgerton, Stoughton, McFarland and Madison. The trip was run in conjunction with Toys for Tots Organization, Marine Corps, University of Wisconsin Athletics and the Wisconsin & Southern Railroad.

Joined by two United States Marines and four UW football players, volunteers collected a huge amount of gifts for the Toys for Tots program from the hundreds of people came out to see the train. We thank everyone who participated and enjoyed this event.